Home  /  Press Releases  /  One of longest celebrations in the nation

MURFREESBORO – Middle Tennessee will be hosting its 33rd Annual Salute to Armed Services and Veterans Day next Saturday (Nov. 22) at Floyd Stadium as the Blue Raiders take on conference foe FAU. Kickoff is set for 6 PM as the home team will also honor its senior class.

The Blue Raiders want you to join them in one of the nation’s longest running celebrations to recognize veterans and active military service personnel and their families throughout the day, including a special patriotic halftime salute to the U.S. Armed Services.

Additionally, all veterans and their families receive complimentary tickets to the football game.  These tickets will be available at the Veterans Picnic from 3:30 to 5:30 PM near the Hall of Fame building.

Also, prior to the football game the men’s basketball team will face Southern University at 3:30 PM at Murphy Center. One ticket will get fans into both games.

The day is filled will several events for veterans including:

2:45-4:45 PM – Silent Auction benefiting A Soldier’s Child inside Hall of Fame
Items include, but not limited to, a signed guitar from the ABC show “Nashville,” a signed fiddle from Charlie Daniels, a signed Salute to Armed Services edition MT Football Helmet, and Mizuno golf clubs.

3:30-5:30 PM – Pregame Picnic
Following the Memorial Service, a complimentary picnic will be held for veterans and active service families at the Rose and Emmett Kennon Hall of Fame Building starting at 3:30 PM. Tickets to the game will be provided at the picnic to veterans, service members and their families courtesy of State Farm and Barrett Firearms.

4:00 PM – Presentation of the Joe Nunley Award
At 4:00 PM, the Joe Nunley Award will be presented in a ceremony at the Kennon Hall of Fame. Joe Nunley Sr. was a U.S. Army World War II Veteran who was an MT education professor starting in 1961 and retired as alumni director at the university in 1987. The Senior Nunley died in 1993.

4:30 PM – Vet’s Village
Everyone is invited to visit Vet’s Village in Floyd Stadium’s Gate 3 at 4:30 PM. The fair is presented by the US Dept. of Veterans Affairs and the Tennessee Valley Healthcare System.

Halftime Salute
At halftime of the game, the Band of Blue conducts a special patriotic salute as veterans march across Horace Jones Field with other members of their service branches.

Additionally
Bring your donations to the gate as you enter the game to benefit Toys for Tots.
Pre-game and at the beginning of each quarter will be dedicated to each respective branch of the military.
Also, Textbook Brokers will be offering 20 percent off any one item with the purchase of the Armed Forces Game Day Tee.

For more information or to order tickets, call 1-888-YES-MTSU or order online. 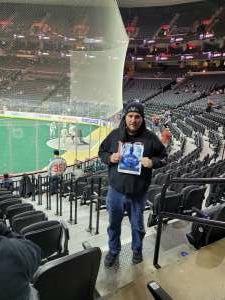 David Posted:
Thank You Philadelphia Wings for an action packed and entertaining time at the game.
Read More From This Event
Dec 28th 2021 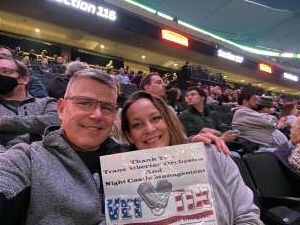 Brian S Posted:
Trans Siberian Orchestra put on a fantastic show at the Xcel tonight…thanks VetTix and Night Castle Entertainment for the tickets!
Read More From This Event
Nov 20th 2021 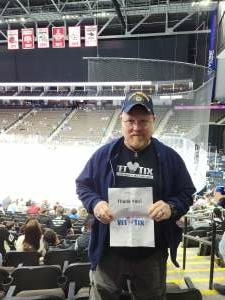 Adam Posted:
Talk about a great game, last was and thanks to those who set me up with the tickets,it was a true blessing. Thank u!
Read More From This Event
Nov 6th 2021 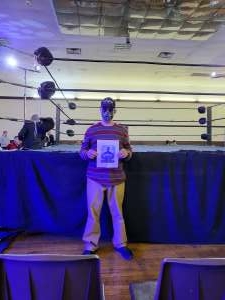 Joseph Gonzalez Posted:
I would like to thank, Phil Sheridan Building, for their generosity in allowing my family and I to attend this wrestling event. We had outstanding view and a great time. Thanks Vettix.
Read More From This Event