Daytona 500 is the premier NASCAR race and for many is a dream event. This year, thanks to purchases by Vet Tix and donations from Daytona International Speedway, hundreds of VetTixers were able to attend this prestigious race.

Among those in attendance was U.S. Army veteran Bob Hanna. A native of New Milford, Connecticut, Bob didn’t just attend the race – he made the 18-hour drive to give back to the organization he says has given him so much.

“I saw they needed volunteers to work with Blue Star Families selling raffle tickets at the race, and I just told my wife – ‘I’m going to Florida,’” Hanna said. “I enjoy the Daytona 500, but this was about what I could do to give back.”

Hanna, along with other volunteers organized by Vet Tix’s partner Blue Star Families, spent the weekend selling tickets for the Daytona 50/50 Raffle, which raised more than $233,000. The proceeds were split between one lucky winner and Vet Tix, which will use the funds to directly purchase more tickets to send VetTixers to future races at Daytona.

“When I was out there selling tickets, I’d share with them Vet Tix’s mission, what they do for our military families, and they were so happy to give back,” Hanna said. “One guy purchased $100 worth of tickets just because he believed so much in what we were trying to do.”

A VetTixer for more than nine years, Hanna has an intimate understanding of the Vet Tix mission and has attended more than two dozen events – including a New York Yankees game, Brad Paisley and Toby Keith concerts, and The Tonight Show starring Jimmy Fallon.

“I’ve just been overwhelmed by the experiences that they’ve allowed me to have with family, friends and grandchildren that I wouldn’t have been able to have otherwise – including my grandson’s first professional basketball game,” Hanna said. “It’s given me so many life memories. I just can’t tell you how grateful I am.”

Hanna contributed to his family’s history of service by serving in the Army from 1975-1985. His father, brother, wife, and daughter along with his father-in-law and two brother-in-law have all served, establishing a legacy that dates back to World War II. He notes that he feels most comfortable at Vet Tix events because of the sense of security and brotherhood that comes from sitting among other veterans and service members.

“It’s so nice to know that the people around you are veterans – you just feel safer. I know what veterans have gone through. There’s an established understanding and history, and it feels like you’re among friends even if you don’t talk to anyone.”

Attending Vet Tix events has helped maintain Hanna’s connection to the military community; volunteering and giving back has only deepened those ties. For more volunteer opportunities, visit bluestarfam.org, or check out our other strategic partners to find ways to give back with your time.

Vet Tix would also like to thank volunteer groups headed up by Dr. Craig Schmitt, Ph.D. from the University of Florida’s Eric Friedman Tourism Institute, Department of Tourism, Recreation and Sports Management and Dr. Kristi Sweeney, Ph.D. Assistant Professor of Sport Management at the University of North Florida. 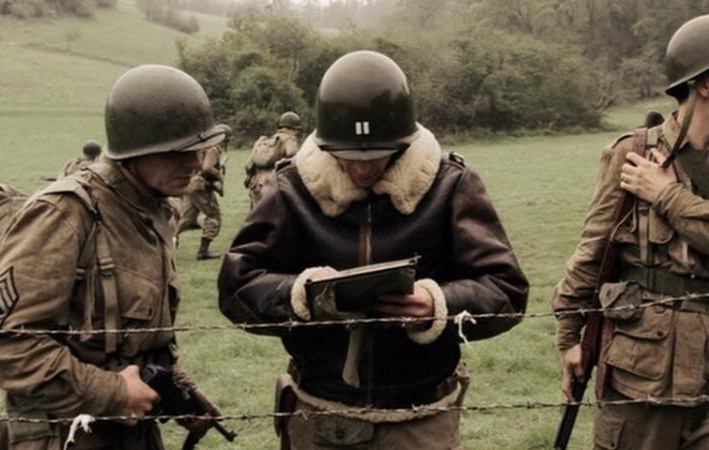