When you go to a concert or sporting event, there’s often a scattering of empty seats about. Usually, those seats were purchased, but their owners couldn’t come for one reason or another. Until recently, there wasn’t much you could do about it. But now, if you’re ever in that sticky situation, there’s a military-friendly solution: Veteran Tickets Foundation.

The premise behind the organization is for civilians and veterans to give back to the community they love and support by working to provide free tickets to various events so that veterans and military members may be able to attend. Civilians, current servicemembers and veterans alike can donate tickets to the Veteran Tickets Foundation, who then disperses the free tickets. An empty seat doesn’t do anyone any good, argues the foundation, so why not donate the ticket to a game or concert you can’t go to?

Get Started with your VA Loan Request

Events that veterans and the military are able to attend through the foundation include Disney on Ice, NBA games, various plays and musicals and more. Once you sign up for VetTix, you can start claiming tickets, and can even request to take family or friends with you to events. As of December 2011, the foundation has given away 289,000 tickets.

As far as nonprofits go, they’re hitting it out of the park.

“The organization received top-rated status by being positively reviewed by their own constituents,” said Jessica Belsky, communications director at GreatNonprofits.org.

One reviewer of VetTix on GreatNonprofits.org, said “VetTix gave us the opportunity to attend events and broaden our own exposure to the Arts. We were able to attend plays, concerts, and even the ballet that we would not even have considered. Thank you VetTix for a great concept and putting unused tickets to great use!”

According to PR Web, the foundation also teamed up with 5-Hour Energy in 2012 to provide football tickets for Air Force veteran Michael Daugherty following his tour of duty in Afghanistan. Through the foundation’s Hero’s Wish program, Daugherty also was able to meet the game’s announcers.

The Military Wallet mentioned the foundation as one of the only organizations that includes veterans in their staff as well as recipient group. Veteran Tickets Foundation is giving back to those who gave freedom to them and is doing great things in the military and veteran communities. 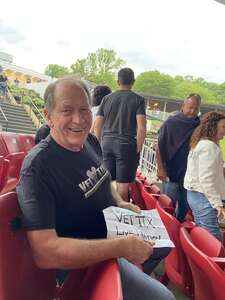 Wade Posted:
Thank you Vet Tix and Live Nation for a great evening at PNC Arts Center. Sammy Hagar and the Circle were on fire! We enjoyed the music and it was wonderful to get to a concert again.
Read More From This Event
Jun 20th 2022 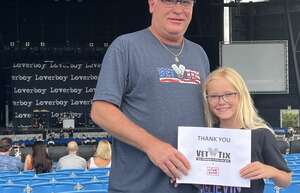 David Posted:
Thank you VETTIX & Live Nation for the tickets to the concert. Your generosity gave me a awesome Father’s Day for me and my family that I will not forget!
Read More From This Event
Jun 11th 2022 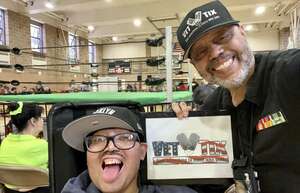 Valentin Posted:
Hi All Thank you for your generous donations that allowed me to attend the Outlaw Wrestling - Live Pro Wrestling! Fri, Jun 10, 2022. The event was very exciting and well organized. I had a wonderful time with my family and others. Thanks again, Val
Read More From This Event
Jun 11th 2022 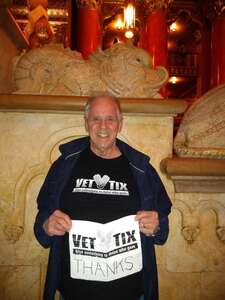 David Posted:
Thank you Outback Presents for the generous donation of tickets to The Masked Singer National Tour. What a zany/crazy FUN show it was. We loved the audience participation. Very entertaining date night for my wife and me.
Read More From This Event