243 years ago, on October 13th 1775 the Continental Navy was established by the Second Continental Congress.  Since then, the U.S. Navy has been diligent in maintaining, training and equipping combat-ready Naval forces capable of winning wars, deterring aggression and maintaining freedom of the seas.

Vet Tix is proud to serve the military community and give service members, veterans and their families the opportunity to build life-long memories while reducing stress and strengthening family bonds. As the Navy celebrates its 243rd Birthday, we wanted to take the opportunity to recognize the unique stories shared by our sailors, past and present. Check out a few of our favorites below!

Happy Birthday and Semper Fortis shipmates, shellbacks and pollywogs currently serving, and to all those who have proudly served all around the globe! 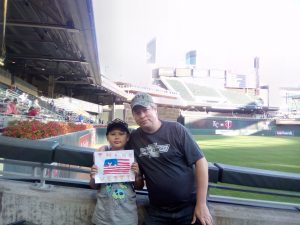 “My son and I were at the Twins game when someone sitting directly behind us saw my Navy hat. We started talking and it turns out that he recognized me from being at the same duty station 20 years ago! I would not have been able to reconnect with him if it wasn’t for Vet Tix.  These tickets were worth more to me than money.” – Lee (U.S. Navy, veteran) 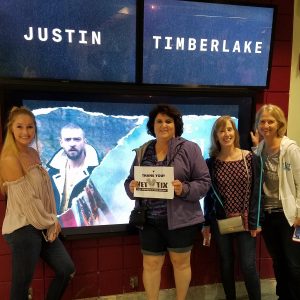 “Thank you so much for donating tickets to the Justin Timberlake concert. I never thought that my 19 years in the Navy Seabees would mean very much to anyone besides myself and the other military men and women that I served with, but your kind actions show that it meant something to you, too. Going to the concert with my friends got us out of the house. I don’t typically go out because of tight funds, but Vet Tix and donors are changing that! The seats were amazing and the show was THE BEST EVER! This veteran thanks you from the bottom of my heart. – Chris (U.S. Navy, veteran) 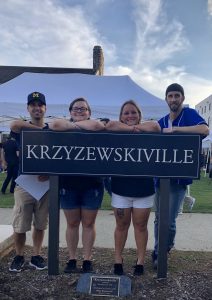 “Thank you so much for the tickets to the Duke and Virginia Tech football game! I served in the Navy, and I brought two friends that are still stationed in Norfolk to the game, as well as my brother-in-law who is a HUGE Duke fan. Something so “small” as tickets can mean so much. And it was the military appreciation game made it even more special.” – Laleh (U.S. Navy, veteran) 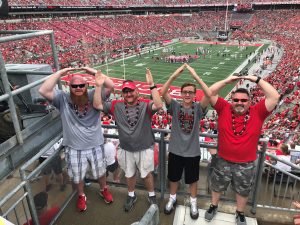 “Thank you VERY MUCH for the tickets to the OSU vs. Oregon State game! I was able to spend an amazing day with two of my closest friends. I cannot thank the donors and Vet Tix enough for making this Navy Veteran’s love of OSU football games become a reality!” – David (U.S. Navy, veteran) 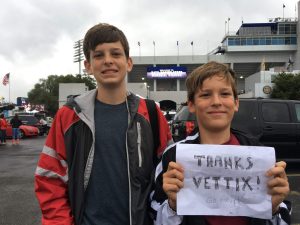 “Our thanks to Naval Academy Athletics for the ticket donations to see a great game between the Midshipmen and Tigers! It was a fun game, and despite the torrential rain, we stayed for every snap and were rewarded with an awesome win! As a 22 year Navy veteran, and a former ROTC midshipman, I loved taking my boys to the campus and showing them the finest military academy in action! Again, your generous offer gave me the opportunity to spend valuable time with my kids, in a great setting, with great fans and alumni. Thanks!” – Ed (U.S. Navy, veteran) 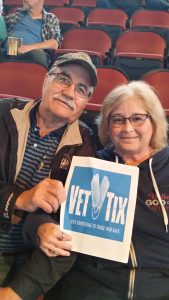 “Thank you very much to INTRUST Bank Arena for the wonderful Lynyrd Skynyrd concert tickets. It brought back many memories of our youth. I was also able to meet some other veterans at the concert!” – Danny (U.S. Navy, veteran) 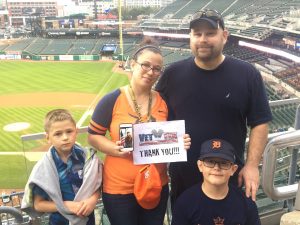 “I can’t thank the Detroit Tigers enough for the kindness behind donating tickets to a game. The game helped me get closer to my family, who has supported me through my 22 years of service and my deployment in 2016. The generosity of donors reflects upon the Navy’s core values of honor, courage and commitment.” – Erich (U.S. Navy, currently serving)

Steven Manola Posted:
Thank you Chicago Dogs for a great night out to the ballgame.
Read More From This Event
Jun 13th 2021 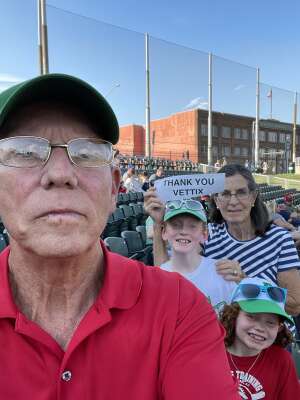 Mike - USAF - Ret Posted:
Thank you Dayton Dragons for donating tickets to the Dayton Dragons vs Great Lake Loons for the game on Saturday, June 12th! We were so lucky and happy to be able to take our 2 grandkids - Jake & Lilly - to see the game and experience all the fun and excitement that takes place at Air Day Field! We had a blast and the grandkids talked about the great time they had all the way home. Thanks again!
Read More From This Event
Apr 4th 2021 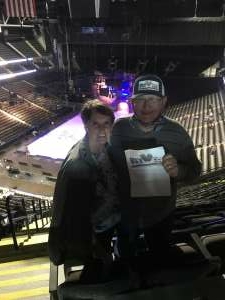 Tom and Lee Posted:
Thank you so much for the two tickets to Disney on Ice. We really enjoyed the show and had fun with friends.
Read More From This Event
Mar 31st 2021 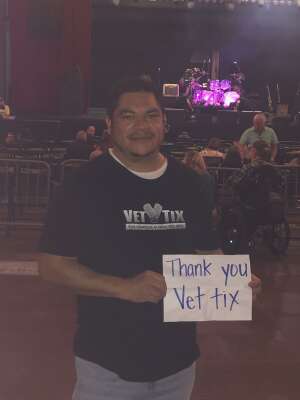 Pete Posted:
I would like to thank Lucky Man Concerts for donating tickets to VetTix for this great concert. It was good to get back out there to hear great music, once again!
Read More From This Event