PHOENIX — From throwing around opposing quarterbacks to starring on the big screen, former ASU football player Greg Joelson has made quite a name for himself since leaving Tempe back in 1988.

But Joelson, who won a Super Bowl in 1991 as a member of the San Francisco 49ers, has come back to town to give football fans a new reason to cheer.

As owner of Papa Murphy’s, the country’s largest and fastest growing take ‘n’ bake pizza chain, Joelson has expressed a strong interest in giving back to the community in ways that go well beyond just serving pizza.

“We are ready to go, not just to serve great, fresh pizza but to make a difference in our community,” Joelson said in a press release. The store is already working with local causes such as Phoenix Children’s Hospital, VetTix and St. Vincent de Paul.”

Learn more about Joelson’s store and all of the other Papa Murphy locations around the Valley. 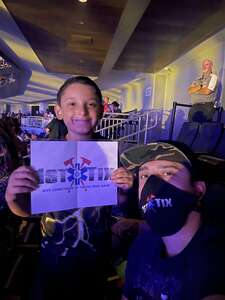 Camilo Posted:
Thank you Live Nation for the tickets. My son is a big fan of Twenty One Pilots. He had a great time watching them live. We had an awesome night!
Read More From This Event
Aug 28th 2022

Bonnie Posted:
Thank you VetTix and those who donate to Vets to attend wonderful events. This was my first venue and it was exciting- a rush actually. We got rained out but attended the next morning at 10:00 am! Such a great time! Thank you again!!
Read More From This Event
Sep 25th 2022 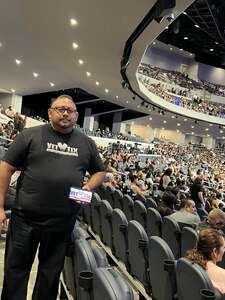 RAMON FRAYDEALFARO Posted:
Thanks Live Nation and Vettix.org for your generosity in providing my family and I tickets to see Los Angeles Azules live. The seating and ambiance was nice. The music was great. The staging and lighting was awesome. They played all of my favorite cumbias and the surprise guests were terrific.
Read More From This Event
Jul 5th 2022 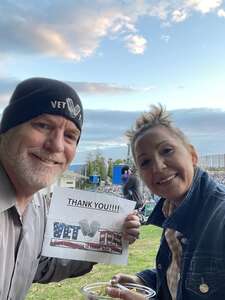 David Posted:
Thank you to Live Nation for donating the tickets and to Vet Tix for distributing them. The symphony was amazing and the fireworks were the best I have ever seen.
Read More From This Event